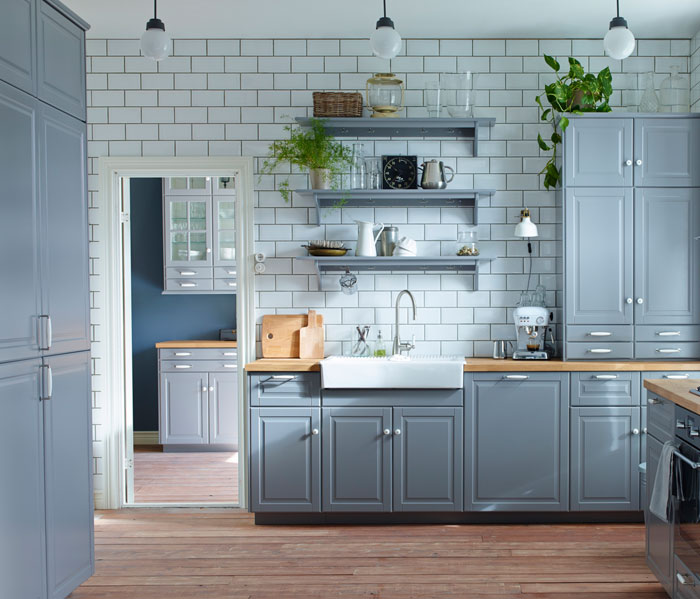 More of a London than a Belfast Sink, but I think the new Domsjo from Ikea will be a hit.

What’s the difference between a Butler and Belfast sink? The truth is not a lot. The Belfast is just a type of sink once found in the Butler’s pantry. The butler was responsible for the best glassware and so forth, and so required a sink with a waste and an overflow.

Some suggest that the London sink pattern, which was normally shallower and without an overflow, was used by butlers in London where water was in short supply, but I’ve found there is little evidence to support this claim. Taking water from the Thames meant there was plenty, not that you’d probably want to drink it back then.

The later half of the 18th century and the early part of the 19th century saw a huge expansion in the supply of piped water throughout London. To cope with the increase in sewage, from 1815 onwards, properties were allowed to connect their cesspools and household drainage directly into the sewage system that emptied  into the Thames. By 1848, the problem of ineffective or unemptied cesspools became so critical that connection to the main system became mandatory.

Water closets also placed an even greater strain on London’s sewage system after they were popularised by the Great Exhibition in 1851. According to Bill Bryson’s At Home, by the mid 1850s around two hundred thousand flush toilets were in use in London. The situation came to a head in 1858 with the Great Stink, a particularly warm summer when even Parliament couldn’t stand to be in session next to the Thames. In addition, cholera outbreaks with high mortality rates were happening with alarming regularity. Suspicion was already falling on the way sewage was handled when John Snow, a British physician, confirmed his theory by removing the handle of the water pump at Broad Street, stopping a cholera outbreak almost overnight.

In the mid 1860s a Royal Commission looked into the state of the water supply. They considered drilling down beneath the clay for water, but based on evidence from a number of breweries that were already seeing levels drop in their own bore holes, it was decided a more sustainable approach was required. Plans were made to take water and filter it from the Thames, but upstream of the sewage being pumped back into it.

So whilst water wasn’t exactly appetising in London, it wasn’t it short supply. I think a more likely explanation is that the shallower London sink was used in the scullery where water was just allowed to drain away and so didn’t require an overflow, as in the butler’s pantry.

A traditional Belfast sink, once found in the Butler’s pantry.

However, the Belfast butler’s sink did become very popular as a sink pattern and by the 1920s it was even included in housing specifications. This is partly because it’s deep size made it very practical for washing clothes in, as well as the baby, but also because the open weir overflow could be easily cleaned with a brush, ensuring germs couldn’t build up undetected as they had done so in the past.

Egg Cups, a Decorative Way to Brighten the Kitchen

Handy Hints for a Kitchen Makeover

Tableware from the Archives of the V&A