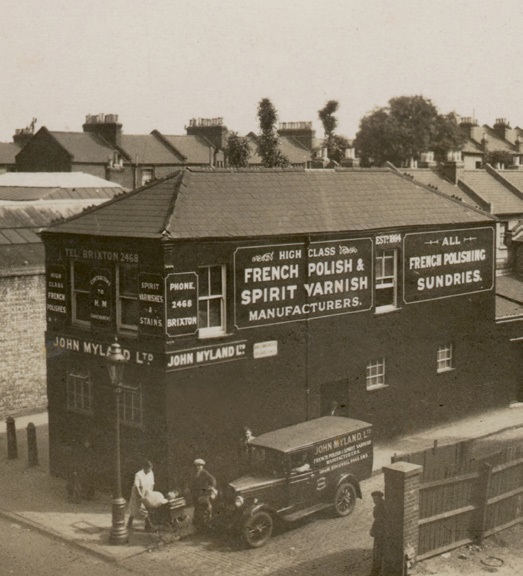 Mylands celebrates 130 years of paint and polish manufacturing in Lambeth

Whilst not a household name even in its native Britain, Mylands holds a coveted Royal warrant (recommended by the Queen to you and me) and has been the choice of paint to a host of famous film and television sets including Harry Potter and Downton Abbey.

Still operating out of Lambeth in South London, Mylands also has a vast catalogue of samples and fragments of wallpapers, paints and other wall coverings dating back over a long history from which to seek inspiration, such as the two new paint colours. Vintage 1884, is an off-white that exudes understated elegance and Rose Blush 1884 a light pink that can be teamed with crisp white for a fresh, clean feel or with lilac tones for a more sophisticated scheme.

Both paints are available direct from Mylands during 2014 and 10% of the profits will be given to Centrepoint and other crucial youth projects in the UK.

Adding a Splash of Colour With Cushions